(A). In an earlier posting I had mentioned seeing many signs along the highway that read, “Tucumcari Tonight!” While I hadn’t really planned on staying in Tucumcari, the repeated mention of it stuck in my mind. Whoever came up with that short phrase has most likely helped the longterm economy of the little town of Tucumcari, as I suspect that many weary travelers have chosen to stay there because “Tucumcari Tonight!” struck a chord.

(C). Curious discovery on my Friday night stay at a Hampton Inn in Goodyear, Arizona. This Hampton Inn was unique for two reasons: 1. It actually had a grand piano in the foyer—the first I have ever seen in a Hampton Inn. 2. An even greater surprise: It houses a Bible Museum in a large room that was built with that purpose in mind. I could hardly believe my eyes when I passed it on the way up to my room. I took my bags upstairs and then came back down to take a look. It was a good-sized room filled with any number of old, even rare, Bibles and some theological texts. I asked the desk clerk about it and she told me that it had been started by someone from Indianapolis named Dr. Jonathan Byrd. Jonathan Byrd is a name that is fairly well-known in Indianapolis for two reasons: The Jonathan Byrd Cafeterias and catering services found in-and-around Indianapolis; and, his involvement in supporting Indy Car Racing. I learned that he had been collecting rare Bibles and other books for years, and that his collection is now housed there at the Bible Museum located in this Hampton Inn in Goodyear, Arizona. Interesting what you may find in the most unexpected places. 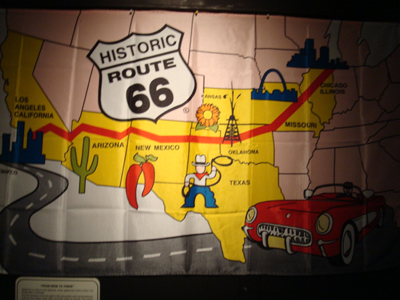